“It’s the meeting between industrial strength and natures own untameable force that locks the Equal chair together in an unsuspected marriage between industrial and traditional craftsmanship, all sealed off by a single screw to finalize the union between the ever expanding wood placed in the tight grip of a single seamless piece of cast metal.

Strong relationships, between people as well as objects are often characterized by complete opposites – The part that stays solid and strong tames the other parts need to expand. This is how ash and cast aluminium are united in the “Equal” chair; the chair gains it strength from the ever-expanding wood safely placed in the tight grip of the cast metal.

Such a dramatic meeting does also create large tactile differences. The rough, matte surface of the cast aluminium and the polished smooth and warm wood components in ash are clearly influenced by neatly crafted tools used by generations of wood and metalworkers. An underlying study of technical solutions and functional concepts found in tools, bikes and other domestic appliances has been the starting point of the “Equal” chair. The meeting between the legs and the cast aluminium is strongly influenced by the vice, the tool that often is the precondition for the use of other tools.”

Equal defines the importance of the collaboration between to completely different disciplines “old vs. new” ”man vs. machine” as the product could never exist without it. The chair is an example of how traditional concepts still can be implemented and combined with modern technology in a contemporary piece of furniture. The chairs inherent harmonious equilibrium will manifest itself when the chair is hung by its backrest on a table’s edge. 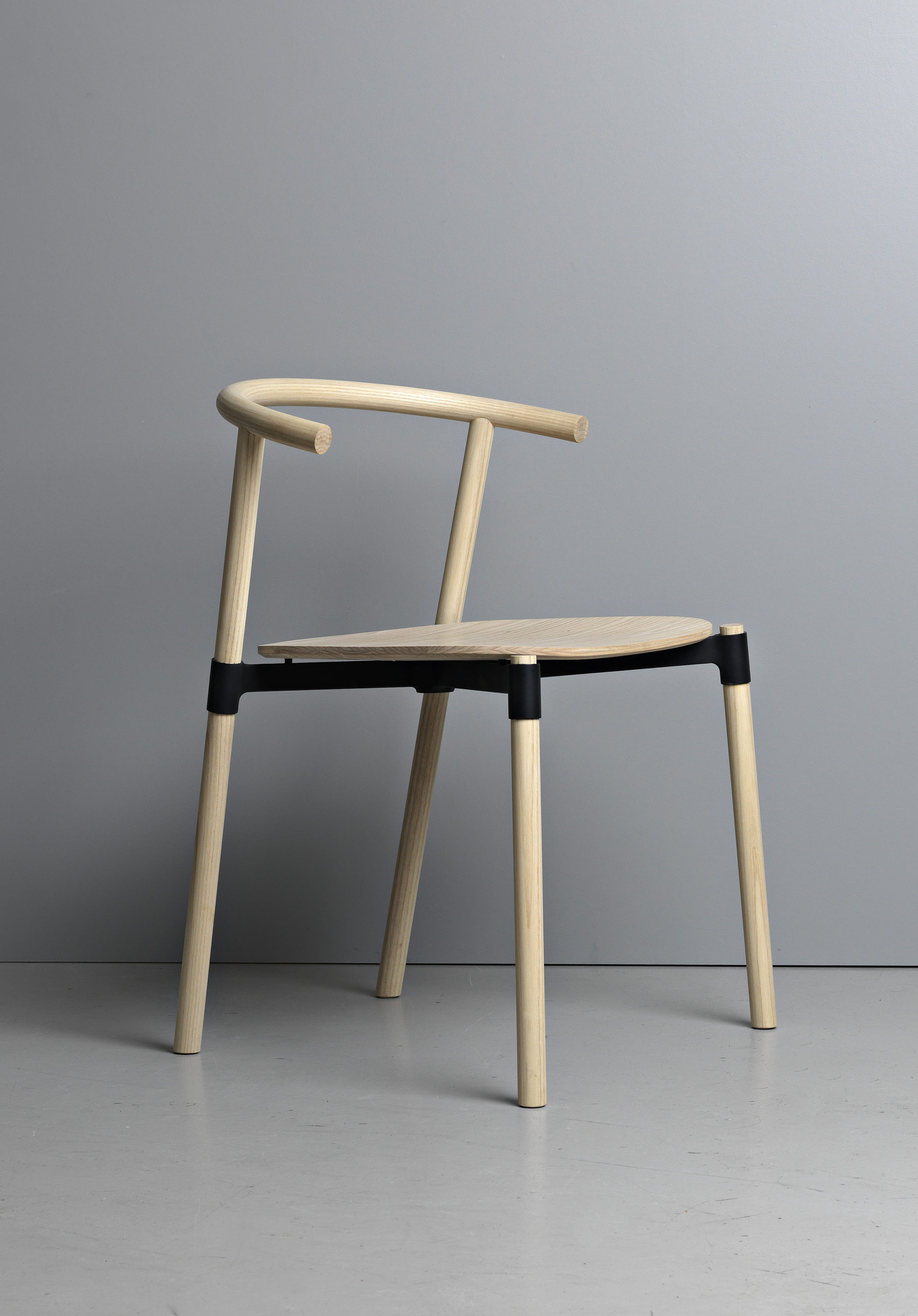 “The starting point for this design was a to construct a classic and durable chair by combining cast aluminium and ash wood. I wanted it to have a distinct Scandinavian look, without making it a thing of the past. The chair is extremely simplistic as it consists of a minimum of parts, represents a modern and informal interpretation of chair of its genre.

I found the inspiration for the construction by studying various tools, bikes and domestic appliances. The cast metal part is fused together with the wooden part by utilizing an ancient method used in old hammers and axes. The woods ability to retract, expand and be compressed by adding or removing water is what holds this construction together.” 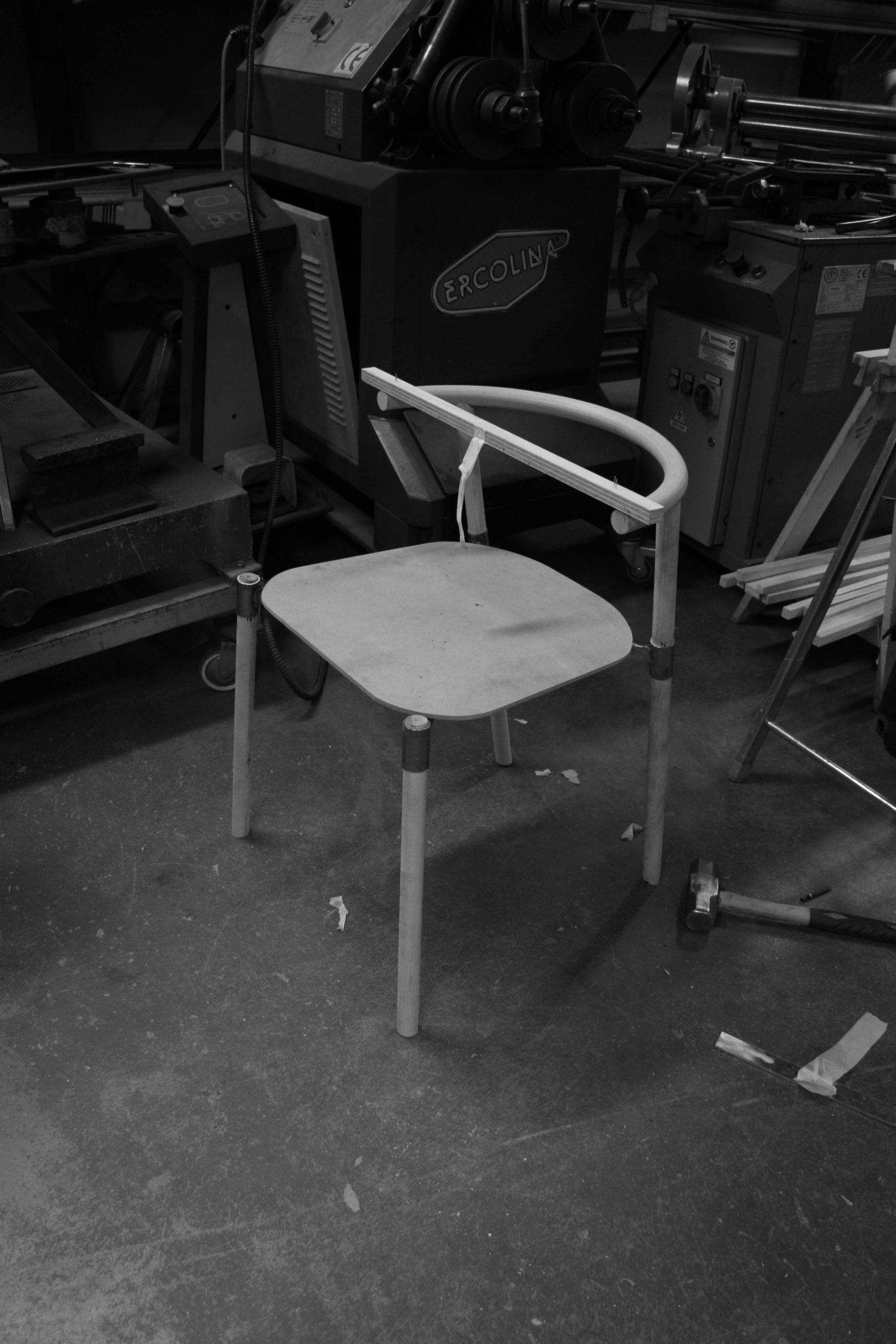 Prototype in the making (Photo: Lars B. Fjetland) 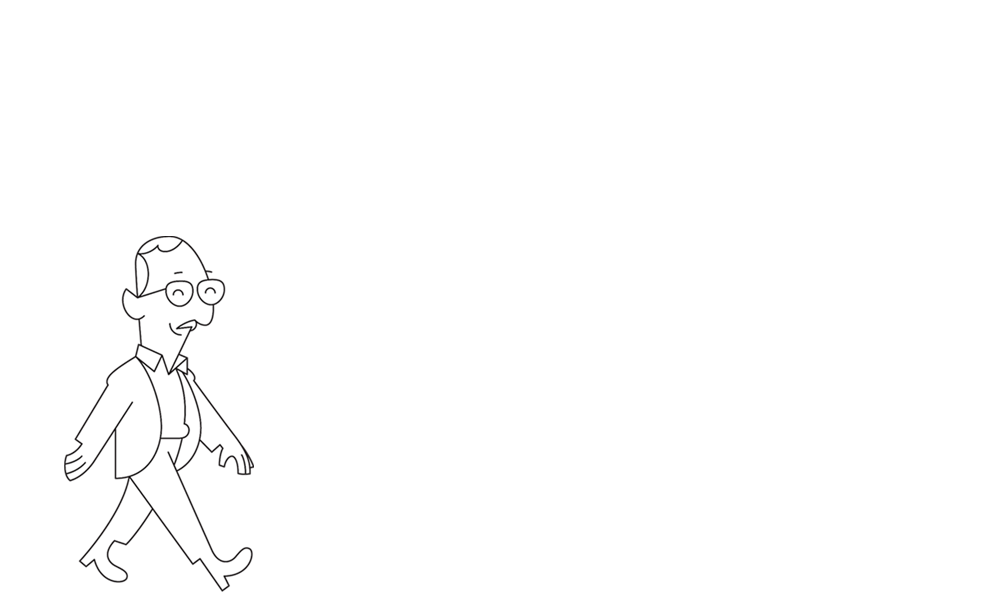 This project is available for licensing/production.
Please email for inquiries. 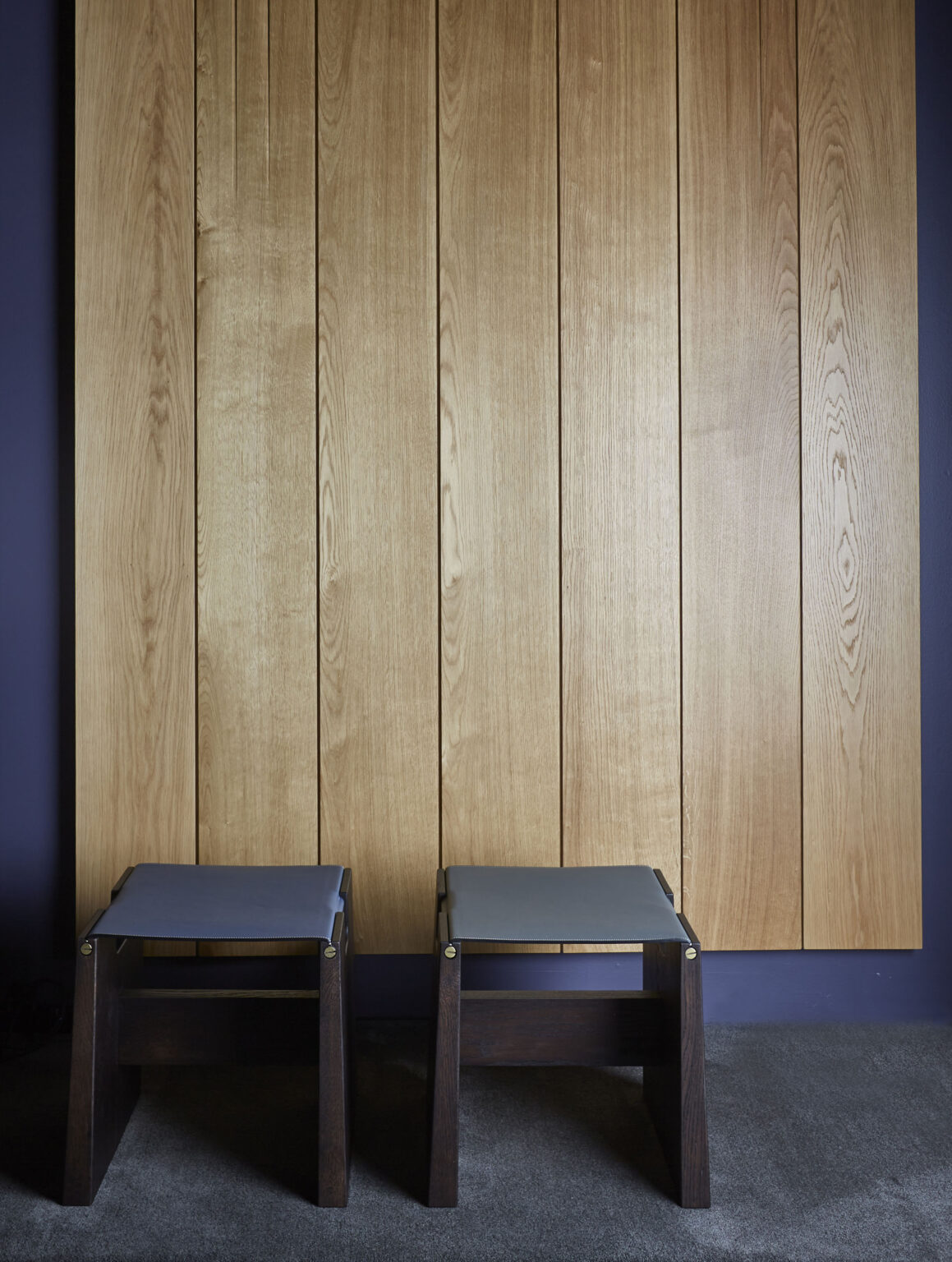 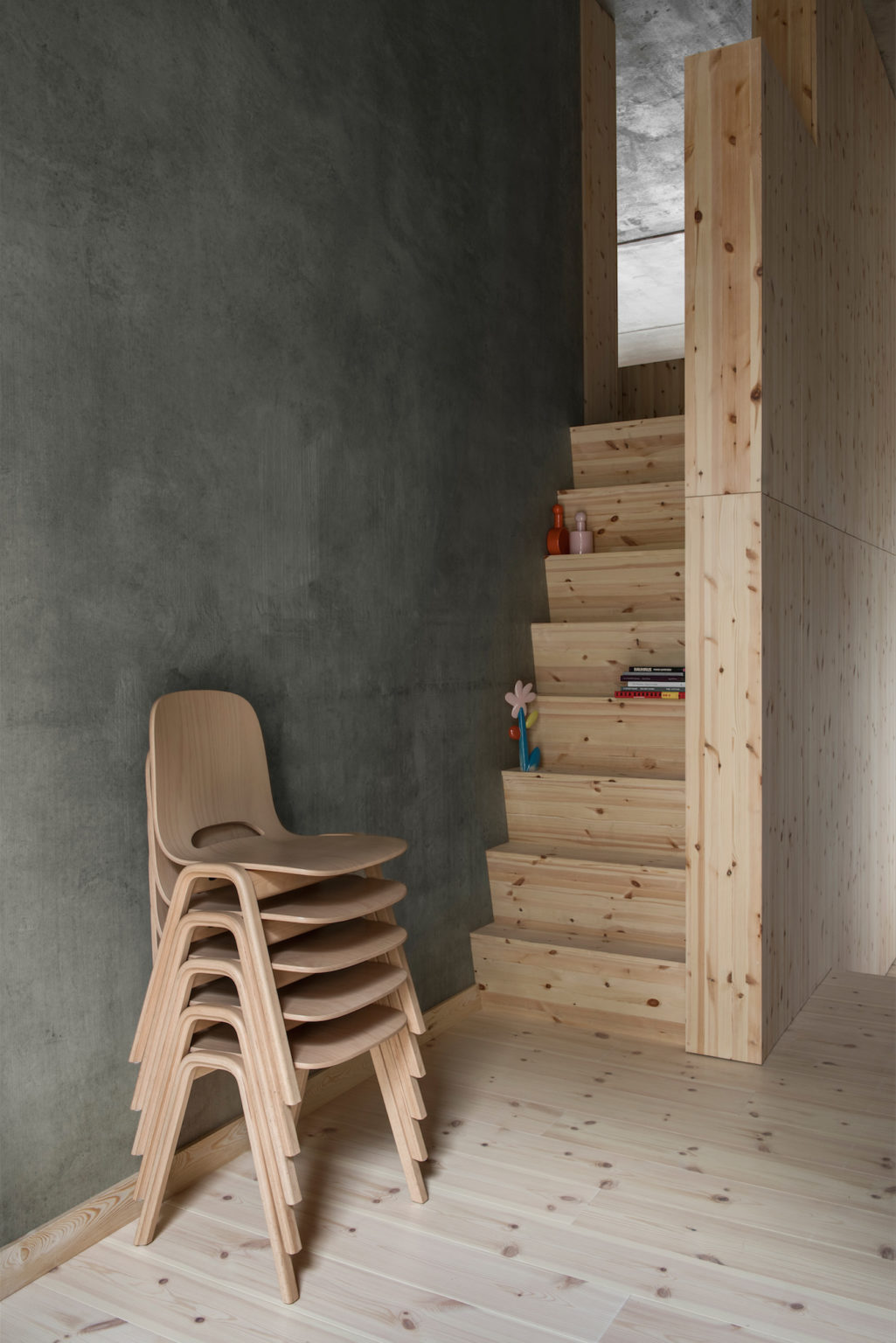 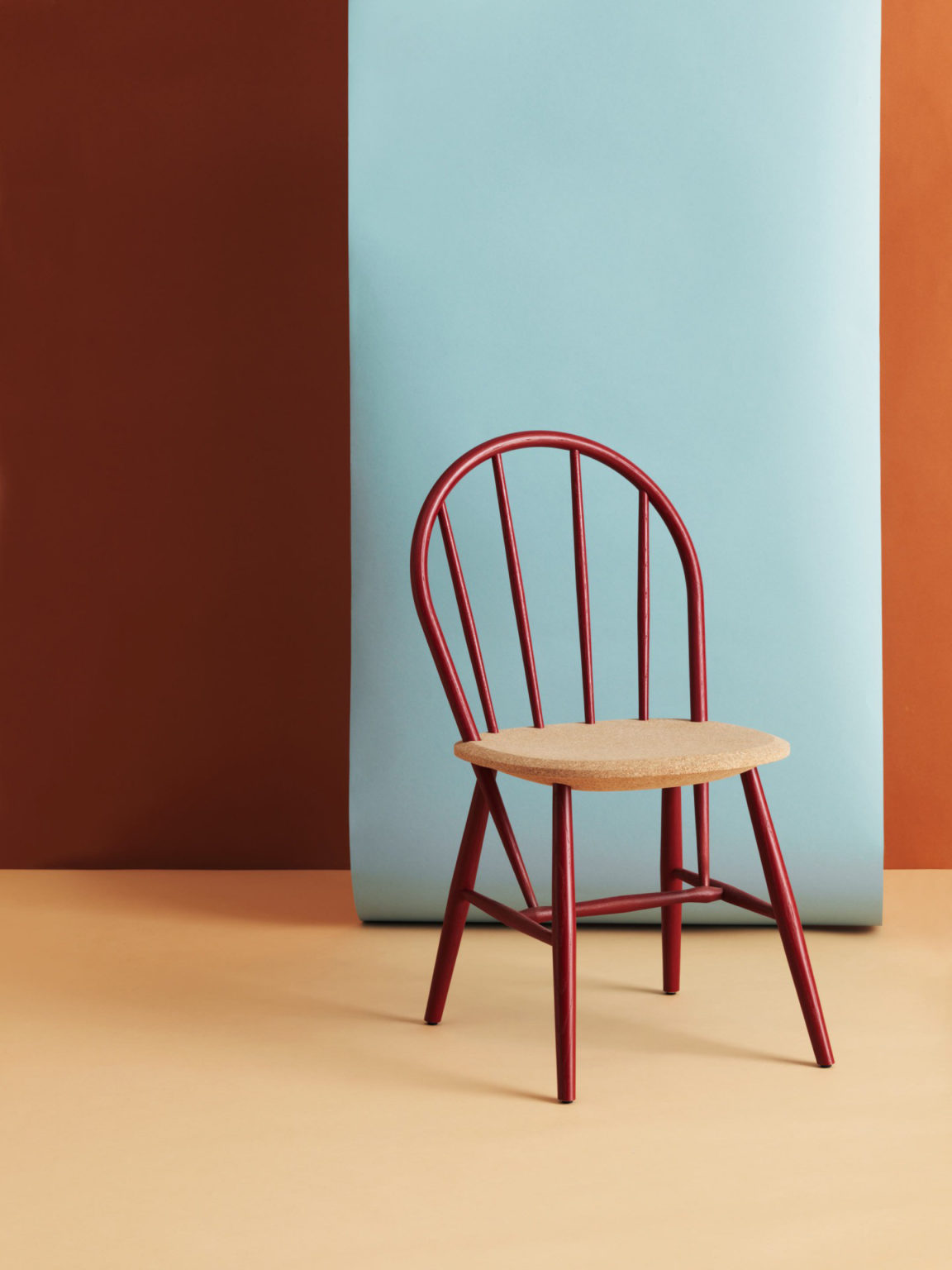 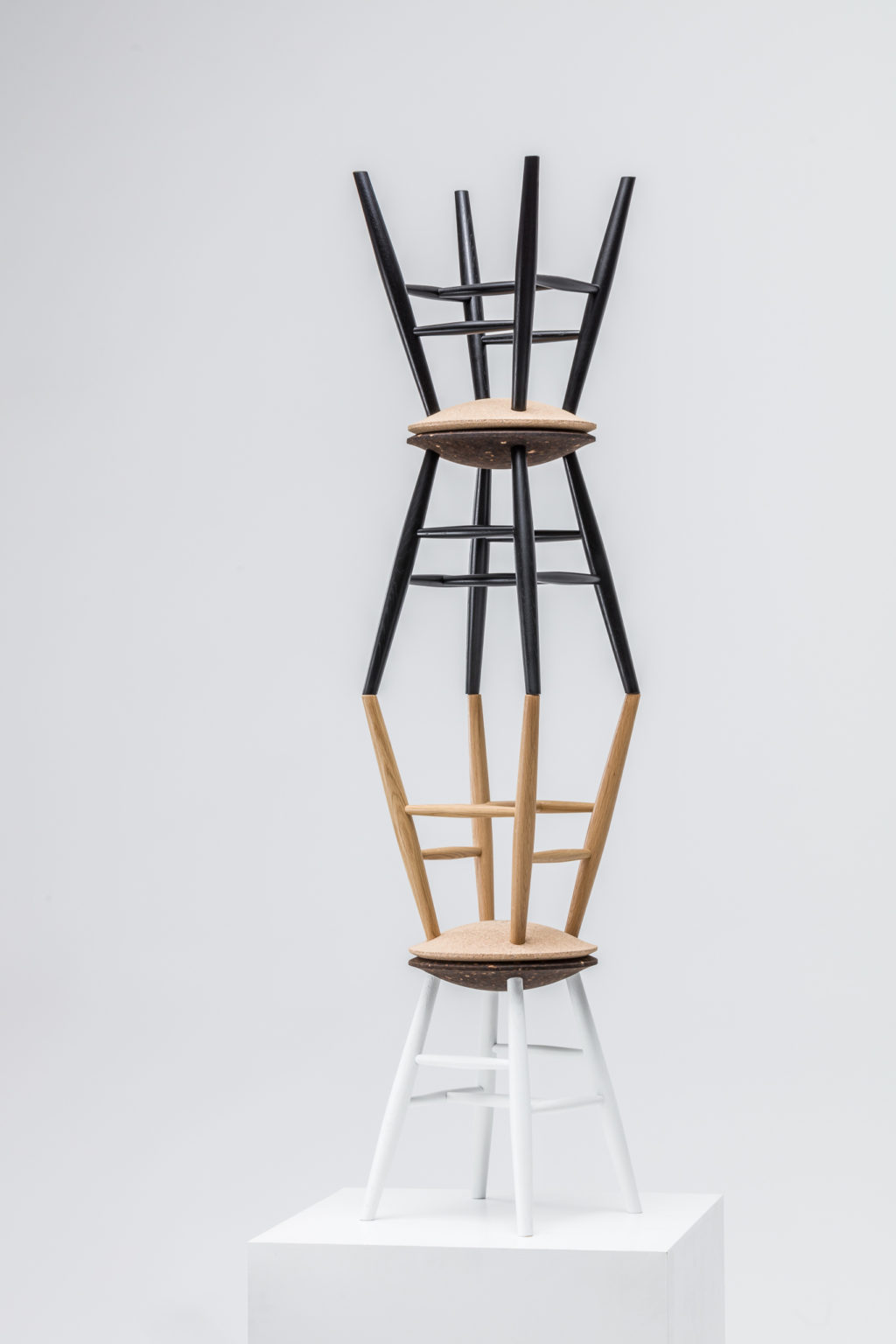